Yesterday, I’ve launched a website of one of our services Social Wifi PH. I haven’t broadcasted the website yet to my network because I want to know how effective Facebook ads will be.

So basically, all of my website visits (save a few, that’s just probably me testing out my site) would come from Facebook. So I’ve setup a targeted ad (mainly those who work in the marketing industry in Metro Manila and Davao) and I got a sizeable 165 clicks, costing about PHP 300.00 as of now:

Normally, I’d expect 165 page visits. Lo and behold, Google Analytics tells me that I only got 28 visits from Facebook:

WTF, Facebook? that’s PHP 12.33 per visit, instead of the PHP 1.83 that’s on your analytics tools! Yes, I did get page likes athttps://www.facebook.com/socialwifiph, but, check out the quality of the leads (Remember, these are “targeted” audience):

Those are nowhere near my targeted audience. Now I’m beginning to believe that Facebook (or companies are being employed) to troll around Facebook Ads. I may have known this before through this Youtube video (very informative, especially if you’re looking to push ads on Facebook):

I was hoping that Facebook ad gets their act together. And with legit ads going about, I thought that it is a legitimate tool for marketing. But it seems that they are still milking the lowest bidders (for those who doesn’t know how Google and Facebook ads work, they post the ad of the highest bidder, basically). I’d rather have no likes or clicks that get poor quality leads.

Do I discontinue using Facebook ads? Probably. I have my ad running until the weekend. I might disable it after today’s data come in and if it looks more or less the same. After that, I would do Google Ads. For marketers who would like to sell, you’d be better off with Google Ads. Facebook ads are NOT cheaper.

One thought on “I’m now having doubts about Facebook Ads”

Get to know how technology can help you automate your Digital Marketing! Get tips, news and practical information for your business - delivered directly to your inbox! 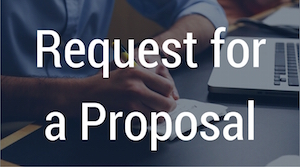